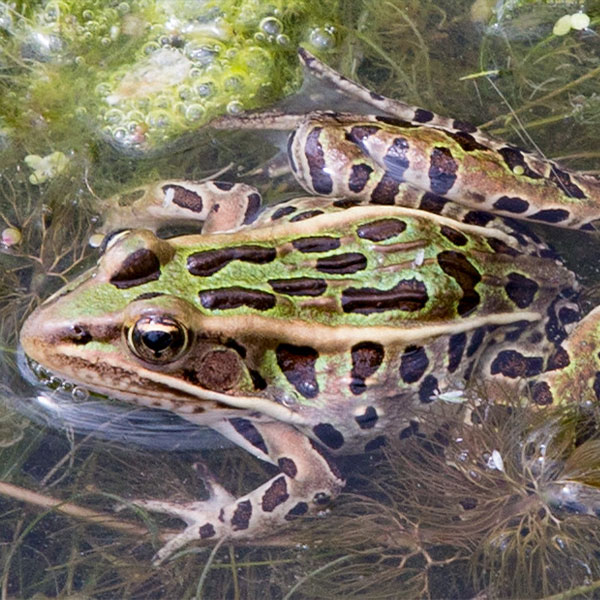 Reptiles and amphibians (also known as “herps”) are a secretive group of species that inhabit the prairies, wetlands, and oak woodlands of the bi-state region. Many wildlife biologists consider them to be excellent barometers of ecological health because they are extremely sensitive to changes in the environment around them. While many people may find snakes, frogs, and salamanders frightening, these creatures are wary of humans and prefer to stay in their natural environments. Because most reptiles and amphibians are dependent on clean wetlands and healthy ecosystems for part of their life cycle, many species of frogs, snakes, turtles, and salamanders are experiencing drastic population declines across the Midwest.

The bi-state region is fortunate to have healthy populations of many of these herp species, such as: 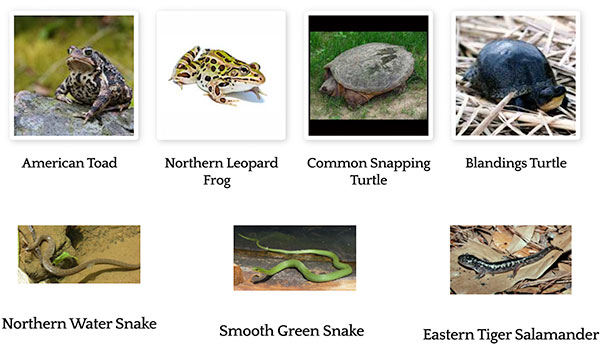 Are There Poisonous Snakes in the Bi-state region?

Only one poisonous snake is known to have occurred historically in the bi-state region: the Massasagua or Pygmy Rattlesnake. This species is extremely rare and on the state-endangered species list for both Illinois and Wisconsin. Its habitat is wetlands where it can find crayfish, one of its main prey species. This small reptile is often confused with the Fox Snake, a much larger non-poisonous species with no rattles. The Fox Snake will vibrate its tail rapidly, however, to mimic the warning movements and sounds of a real rattlesnake. Most people seeing a Fox Snake displaying this behavior are convinced they have seen a true rattlesnake.